Photography is evolving right now. The June cover of Vanity Fair magazine shows a portrait of Janelle Monae, taken by photographer Collier Schorr. As far as I know, it’s the first cover of its kind because it was photographed remotely, live. Schorr’s image appears in the right-hand corner in each of the portraits from that piece, because he photographed the computer’s screen during a Zoom meeting, as he directed his subject.

The images are not what we’ve come to expect of photography: they’re soft, almost out of focus, like the quality of an image made with a pinhole camera. And I love them. The creative director for Vanity Fair wrote, “The evolution of photography relies on technology and creativity. New doors are going to open as image making transforms in unexpected ways.”

In March I was scheduled to present a talk called “Connection in Portraiture” to the Quechee Area Camera Club in Quechee, Vermont. That, along with almost everything else, was canceled due to the coronavirus.

When my studio shut temporarily due to the pandemic, I began to experiment with using a projector and Zoom to photograph people remotely. I photograph people from all over the world, live, via Zoom. I call the series One World Portraits.

Camera Club president Lisa LaCasse contacted me again about doing a presentation in May via Zoom. The members were interested in learning about the One World Portraits series.

I had been doing these sessions in my home loft office-turned-mini-studio, and projecting people onto a set with a hand-painted backdrop which I had tacked to my tall bookshelves. The set served as sort of a still life, with a picture frame as the place my subject would be projected. For this presentation though, I made a very simple set in my studio. It consisted of a hand-painted backdrop and an antique picture frame on an easel. My friend Christine, who lives in Arizona, agreed to join us as our model.

The setup was more complicated than I had been doing because I used two computers and was in two Zoom meetings at the same time. Also, the presentation was in the evening, and it was a little dark in my studio. Strobes wouldn’t work for this kind of photo shoot, so I set up a couple of continuous light soft boxes. (I actually pointed the soft box on the left at the white ceiling during the shoot, bouncing the light to make it softer, and also to avoid conflicting with the light of the projector).

This soft box was feathered to light the backdrop and to avoid conflicting with the light of the projector.

I showed the club members the lighting setup, and how I masked the projector so the subject fills the picture frame, but that light doesn’t spill outside of it. I showed them how to get different colors in the portraits by changing my shutter speed as it works with the projector’s flicker rate. This is another way to embrace the imperfect and the unknown – you can get colors, and stripes of color, but you never know which ones you’ll get. You can avoid the color with a faster shutter speed, or you can create a pop-art effect with a slower shutter speed.

Quechee and the surrounding towns are beautiful. They have a solid arts and tourism culture in the Green Mountains of Vermont. The Quechee Area Camera Club is a diverse and active group of artists, with more than 80 members. I really enjoyed “meeting” them, and interacting with them as the presenter for this virtual gathering.

Thank you to all of my clients who have been patient and understanding during the pandemic. You’ve all been gracious about rescheduling sessions and supporting the studio, and I’m grateful to all of you.

Currently, I am mandated by Governor Sununu’s Stay-at-Home order as a non-essential business to remain closed. Last week, the governor implemented a new plan that will allow businesses in New Hampshire to gradually reopen.

As of today, certain businesses, including hair salons and retail stores, will be allowed to open with restrictions.  While there has been no specific mention of photography studios, I anticipate this will happen soon, and have rescheduled all current clients for mid-June and later.  However, if the governor’s order is extended, it will further delay the re-opening of the studio.

When the studio does reopen, I will adhere to strict policies to ensure the health and safety of my clients and families, including sanitizing the studio before and after every session, and requiring hand-washing and shoe removal.

If hair and makeup styling is included in a session, my stylist will, as always, adhere to state guidelines for licensed cosmetologists, as well as additional current state recommendations for safety.

I’m currently accepting bookings for July and later for the studio portrait experience, as well as for headshot sessions.  For now, I’m doing consultations and studio tours by Zoom or Facetime.  Let’s chat about your photo session! I’m looking forward to hearing about you, who you’d like to be photographed with, and how you’d like to see yourself in your new portraits. Whether you’ll mark a milestone, such as a birthday, anniversary, or graduation, or it’s simply time you celebrate yourself and exist in beautiful portraits.

If you’re interested in a different kind of portrait session–one you can do from your home right now–I hope you’ll check out my series “One World Portraits.”  These are virtual, live photo sessions and they are very cool!  I’m accepting bookings for these sessions now!

To schedule a consultation for a studio portrait experience, headshots, or a virtual live portrait session, please email me: maundy@maundymitchell.com.

Kree lives in Plymouth, New Hampshire. Her style is eclectic. She loves all kinds of art, antiques, and butterflies, among many other things.

I was hoping at least one of Kree’s pets would join the session. We were surprised when her chinchilla, Luna, relaxed into her hug for a sweet portrait.

See how I did this in the video.

“I had an absolute blast doing this. What a great way to bring some joy into these weird days. Maundy is amazing and always makes me feel like a million bucks.” – Kree

As much as I am looking forward to returning to work with people in my studio, the challenging circumstances of the pandemic have allowed me the opportunity to learn, to invent, and to create. Staying creative always means that I have more to offer my clients, and I can’t wait to see you all in person!

One World Portraits is a series that resulted from the limitations of the pandemic.  I decided to set up a mini-studio in my home loft office.  I meet with people by Zoom.  (I’ll be honest – sometimes, they can hear my dogs barking at chipmunks outside!)  I tell people how to find pretty light, how to set up the laptop (eye level), and then I direct them in terms of posing.  Then I use a projector to place them into a scene, and I photograph this scene with my camera.  Each scene is different, and each person becomes art on a wall.

In this way, I can photograph anyone, anywhere, as long as they have an internet connection and a device with a camera.  Even with travel restrictions, closed businesses, and stay-at-home orders, it becomes one world again.  My hope is that this experience will help people find a moment of joy, remember that art is still relevant, and that these portraits will serve as a memento of this time.

Amy lives in New London, New Hampshire.  She loves her cats, and travel, especially to the U.K.  She is also a swimmer.  I decided on an English cottage theme for her set, with art by my grandmother.  The art on the wall is a swimmer, a sketch she made in the 1940s, while the cat is a block print she made in the late-1990s, when she was in her eighties.

“I’ve done three other photoshoots with Maundy prior to this, so I didn’t hesitate to book one of her One World Portraits sessions. She always manages to make the picture-taking seemingly effortless, and her energy and love for what she does is catching. I was interested in this particular project because I’m a techie as well as a creative, and I wanted to see just how she merged the two. I couldn’t be happier: now I’ve got these wonderful photos, and a great memory of this unprecedented moment in time. I can’t recommend the experience enough—it’s a way to give yourself a short break from the seriousness in the world and just have some fun.” – Amy

For these sessions, while my studio is temporarily closed due to the pandemic, I’m set up in my little (messy) home office. These are live photo shoots where I create real sets (like a still life). I project people into them. I direct people in terms of styling, lighting, and posing, and I photograph the scene with my camera to create these portraits.

Gabriela is an artist and musician living in Providence, Rhode Island. She’s married to my cousin, Bill, and together they have a band called Silverteeth.

Bill and I come from an artistic family. Our grandmother, Dorothy Bartholomew, was an artist, so I included her work in the set I made for Gabriela’s portraits. The block print beside Gabriela is a work my grandmother titled “Patroness of Musicians.”

Limitation inspires creativity. Months ago, I bought an antique-looking, ornate gold frame from Meredith Frame Shop. Who knows how many paintings or photographs it held over years?

A few years ago, I started experimenting with projections in my work. I don’t think I expected this frame to merge with that line of exploration.

This March, when the coronavirus hit, businesses everywhere had to close.

I had a workshop scheduled in London for April with other work there. Everything got cancelled.

I shut my main studio and set up a small studio in the loft office in my home. I had been working on my documentary project, ‘Social Distancing: Images of a Small Town’”. Then the governor issued an order to stay home, except for essential errands. I felt I should find a way to do even more from home.

Businesses and artists are looking at various teleconferencing technologies as resources. Though I am not bothered by technology, I do not love it all by itself. I love hand-painted drops. I love to study old-school photographic methods like wet plate techniques, daguerrotypes, and pin-hole cameras.

One of the things I love about historical photographs is that they look less “crisp,” less controlled than modern high-resolution digital images. To the contemporary eye, they often look more like paintings than photos.

So here I am in my house, using Zoom to meet with the Plymouth area Women’s Caucus for Art members, and to connect with friends. I decided to put all of this together.

I have been arranging virtual photo sessions with people from around the world. Just like in regular photo sessions, I direct people in terms of lighting, styling, and posing. I also help them as needed with their camera and the software. The important thing is that it be easy and fun. I project them into frames that I have arranged in my home office, arranged like a gallery with other art, and then I photograph them with my camera as I would in my studio.

My hope is that these portraits will serve as beautiful mementos in this strange time.

My friend Milena is one of those friends who happily goes along with whatever crazy idea I have – I am so grateful to have friends like her! She is a brilliant portrait photographer with a studio in Paris called MilenaP Photographe. 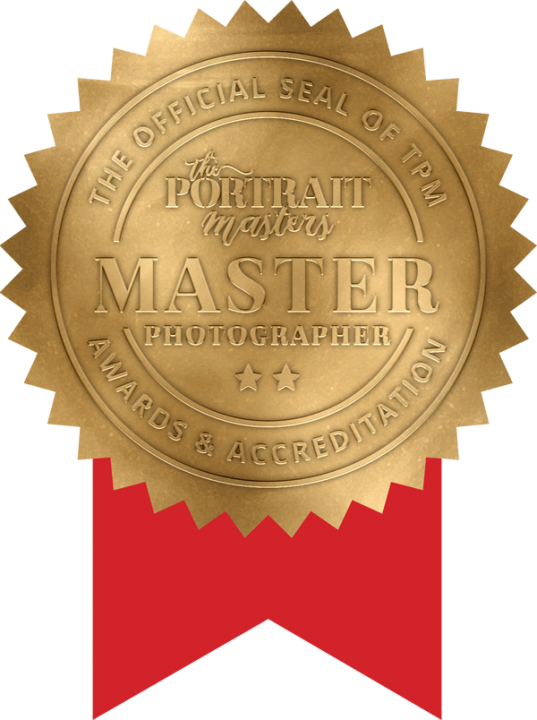 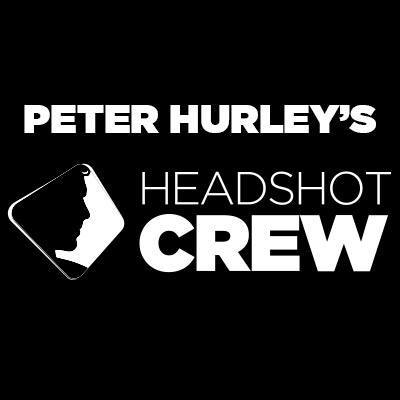 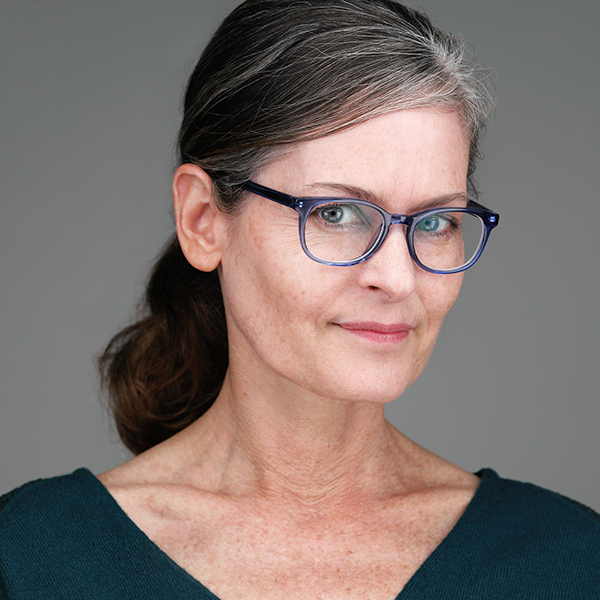 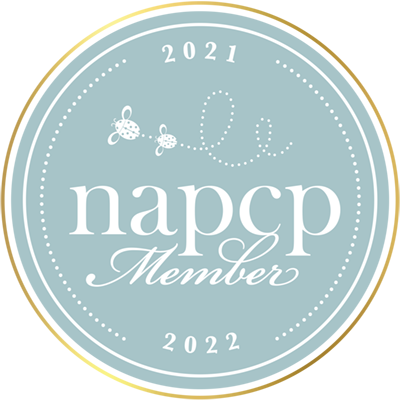