It’s a late September evening in Paris.  It’s chilly, but I open the window of the AirBnB in Montmartre to lean out and have a look at the sunset over the city.  In the other direction, in the middle of the cobblestone street up the hill, stands a man who has wrapped himself in a blanket and is smoking.  He also seems to be enjoying the sunset. He’s standing in front of a charming little restaurant called “Le Petit Parisien.”  Now I know where we’ll go for dinner.

Later, my friends and I descend the spiral staircase and walk across the street.  We’re greeted warmly by the waiter–this same man who was standing in the street earlier.  We sit by the window, where the waiter offers a blanket to each of us.  It’s a bit cold because the door is open.  This seems to be a French way to welcome guests.  They will warm you with a blanket and great wine!

The waiter seems to know everyone.  He laughs and jokes and is attentive to everyone, yet he is never in a hurry.  Toward the end of our main course, he scolds me for ordering dessert before actually finishing my duck.  In fact, he says I can’t have it.  I am slightly worried that it could be true. I introduce myself and ask if he would be interested in having his portrait taken for this project.

Life’s Work is about people and their work, and about the evolution of trades and professions.  I think of it as a continuation of a project called Small Trades, by photographer Irving Penn, which he started in Paris nearly 70 years ago.  This is the reason for my locations, backdrop and lighting choices.

“And my studio is right across the street!” I say.  He agrees, walks away, and then returns with (to my relief) chocolate mousse and all sorts of ideas for his portraits. He says,  “What about this menu?  How about wine glasses?  This pepper mill?”  I also ask him to bring his blanket and a cigarette.

His name is Soufien.  He was born and raised in Paris, and has worked at this restaurant for thirteen years. 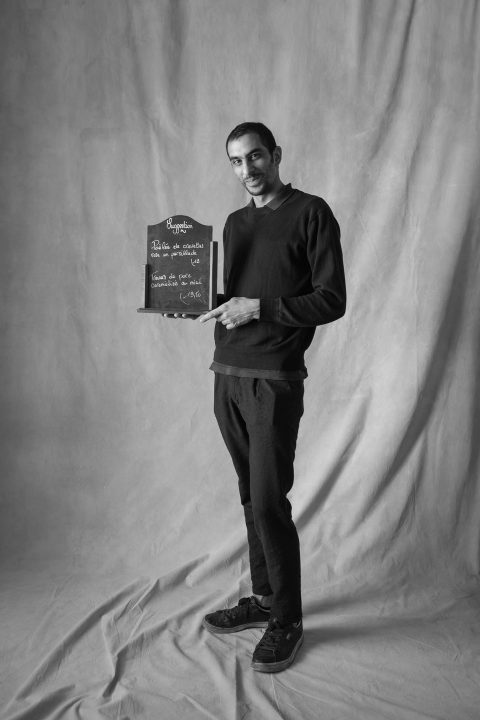 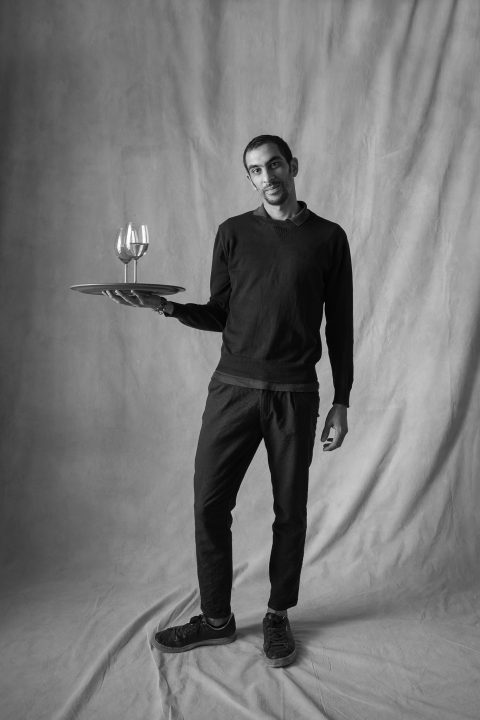 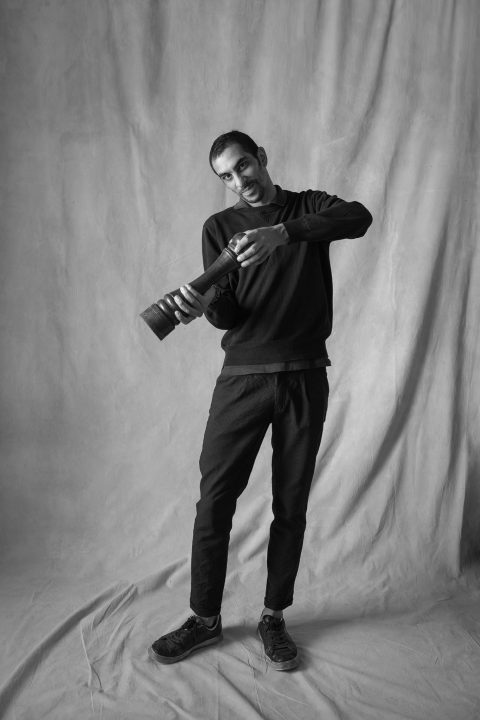 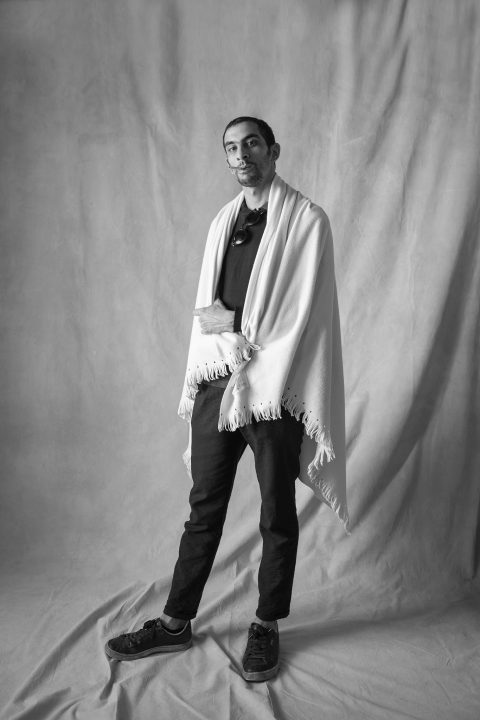 You might recognize Shirley.  She’s a repeat client–and now friend–who had a destination portrait session in Paris.

She also helped me with this project by moving all of the furniture to another room, collecting model releases, and taking behind-the-scenes cell phone photos. 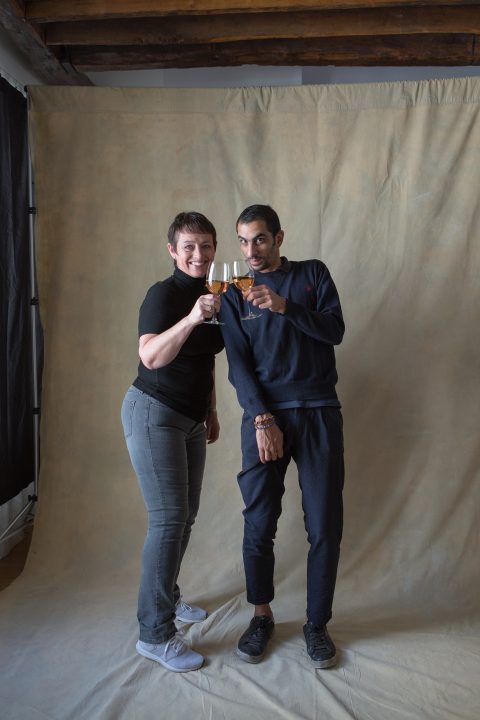 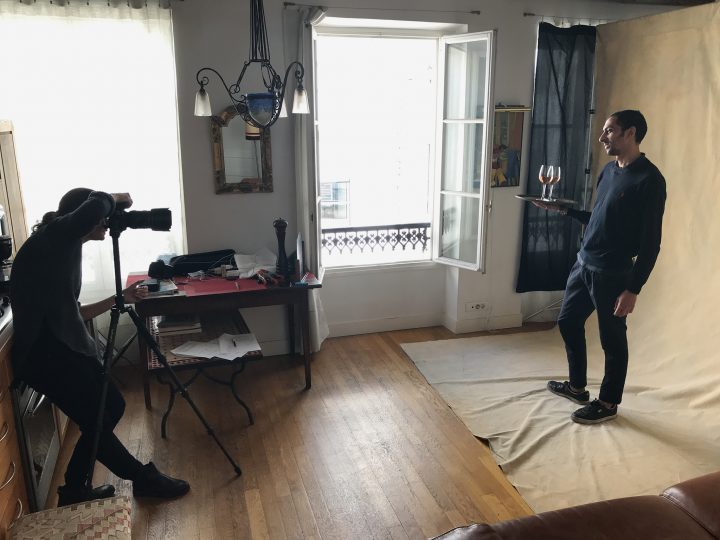 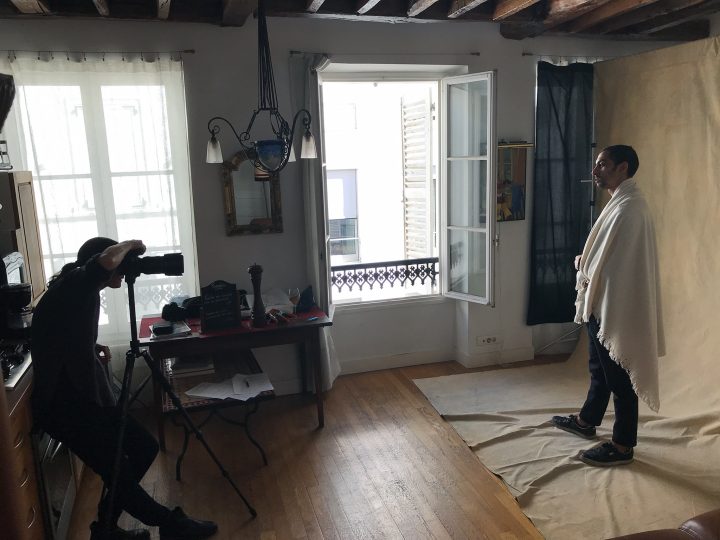 Paige in Paris
Family Portraits for Cindy and Dave