The Uncle Steve Band is a New Hampshire local band whose audience fans include old hippies, college kids, families with young children, and everyone else. The band hired me to do group and individual photos. We were going for a vintage record album look that was down-to-earth and eclectic with a country feel. 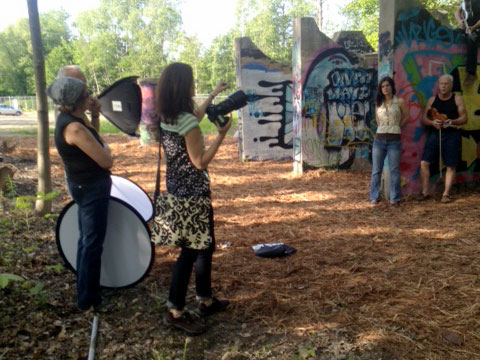 The band’s manager arrived for the beginning of the shoot.

Down by the river in Plymouth is a skate park. On the riverbank next to it is a collection of old concrete walls that might have been bridge supports once upon a time. The ever-changing graffiti is provided by anonymous local talent, and that’s where we started.

Next we drove up the road to a railroad trestle (no worries; the trains only run there in the fall). So many textures and elements come together there. The rusty steel and bolts of the trestle; the shallow, rocky Pemigewassett River below; the thick wooden railroad ties; the trees of the White Mountain National Forest; the mountains themselves, leading north up to Franconia Notch. Prefect. My trusty assistant, Kree, made sure everyone was safe, and held a softbox when we needed a little burst of light. 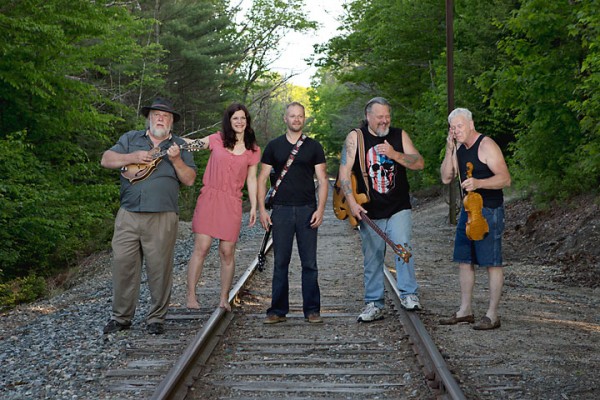 The bugs were bad, which made for a few funny photos

The best part?  The band gave us our own concert in the woods! 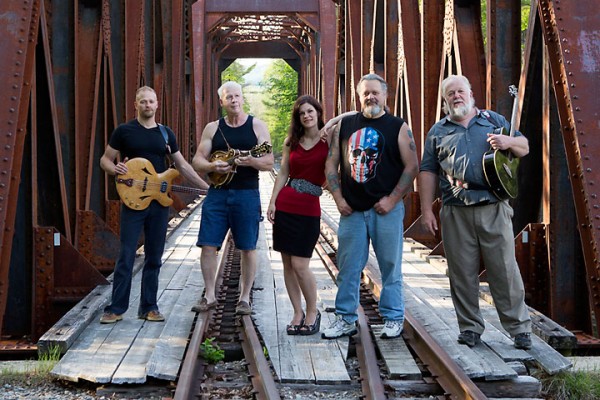